Last year I purchased everything I needed to put up some custom individually addressable LEDs on the roof of my new house but I never got around to it. So this year i've decided to dig out the parts bins and see if I can't get this all working.

Since the pixel strands come in sets of 50, let's shoot for some spacing between 2-3in

Time to hook everything up. The most annoying process of running long strands of leds is that you usually need to "power inject" every so often to prevent voltage drop. Why manufacturers don't just include another parallel wire pre ran for this is very frustrating since I feel like it would add to the cost of the led strips all that much but what do i know.

Setting up the microcontroller

I swear every time I have to do something with an arduino based or similar board for some reason the drivers on my computer have to be re-installed in order to interact with it.

I thought it was going to be as simple as:

Day 2 I came back and realized there was another option for installing the firmware that didn't require the use of 3rd party tools. You just have to be using google chrome, not firefox lol. Anyways there was literally a single button to install the wled firmware onto the esp32 from the browser, you just have to give it permission to interact with the serial port or whatever.

So it turns out the real steps for this were

Connecting the lights together

Alright here is the most painstaking process of the day, now I'm sure this is fun for some people but I don't do it enough to really be that good at it or enjoy it, It's soldering time.

In order to run the power injection wires, well we gotta connect them somehow and that somehow needs to be waterproof. So I decided to solder them and cover them in heat shrink tubing. Oh and hot glue (for waterproofness) lots of hot glue.. that stuff gets everywhere I swear. Maybe my technique is once again very wrong just like soldering. But hey, it works!

Installing the lights on the roof

I bought some of those regular christmas roof light gutter clips. It only took experimenting with about 3 different versions to find ones that actually fit these pixels since they're definitely not a standard christmas light size or anything.

After we got them all clipped on the gutter and hung the main cord off the side of the house in a very "temporary" fashion, we plugged everything in and wouldn't ya know. It just worked.

Now we should just route that final cable in a better more permanent way, but that's a job or another day. Or never. Who knows.. 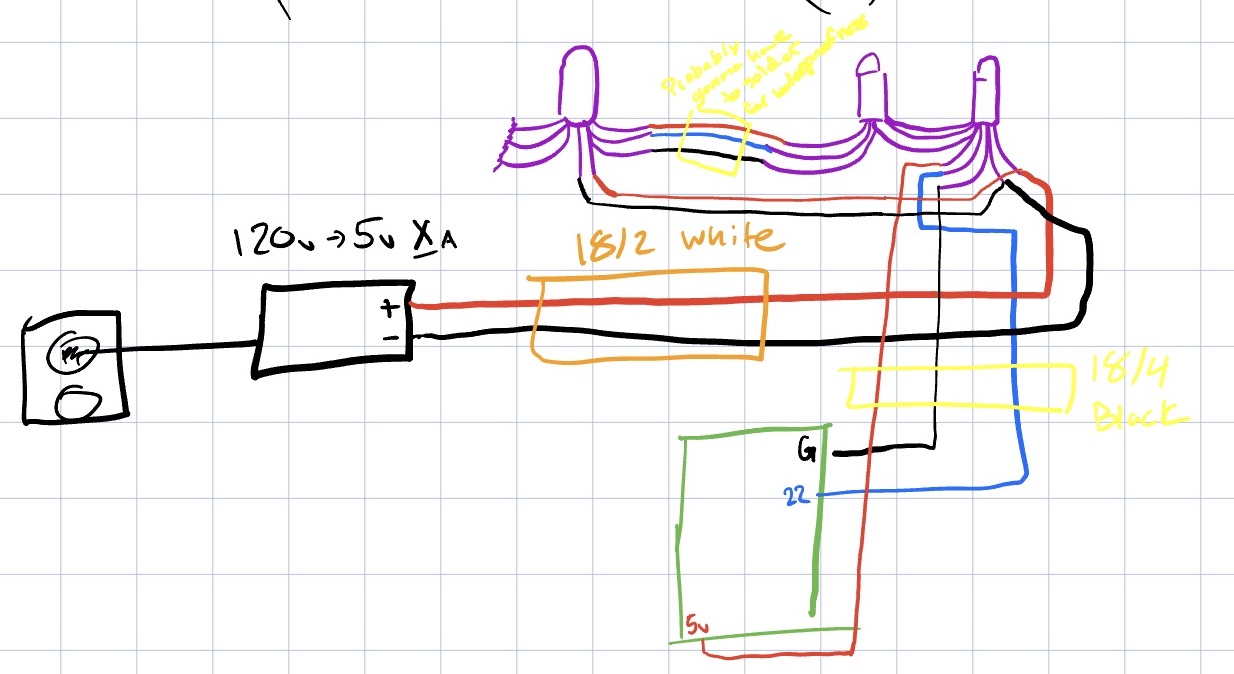 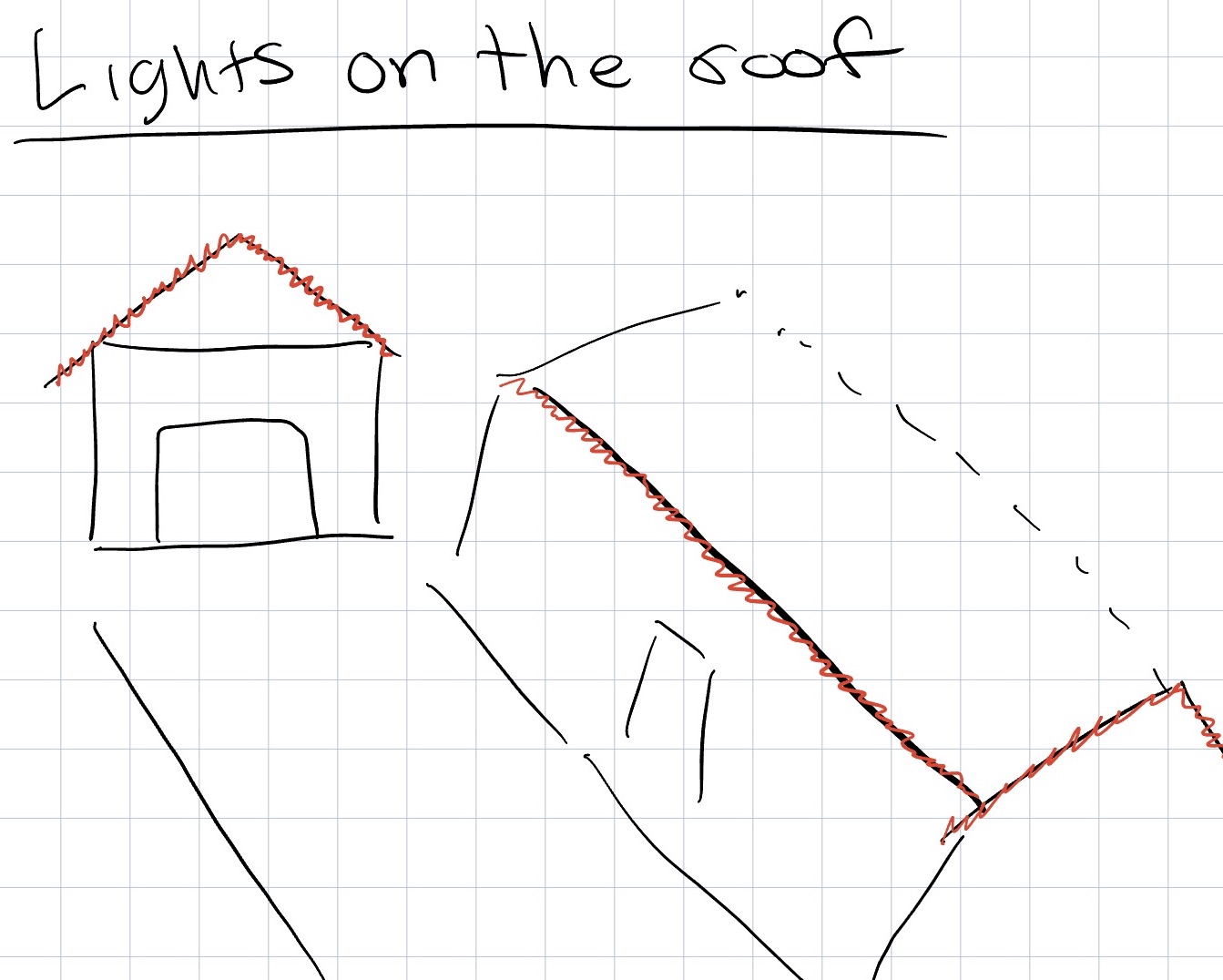 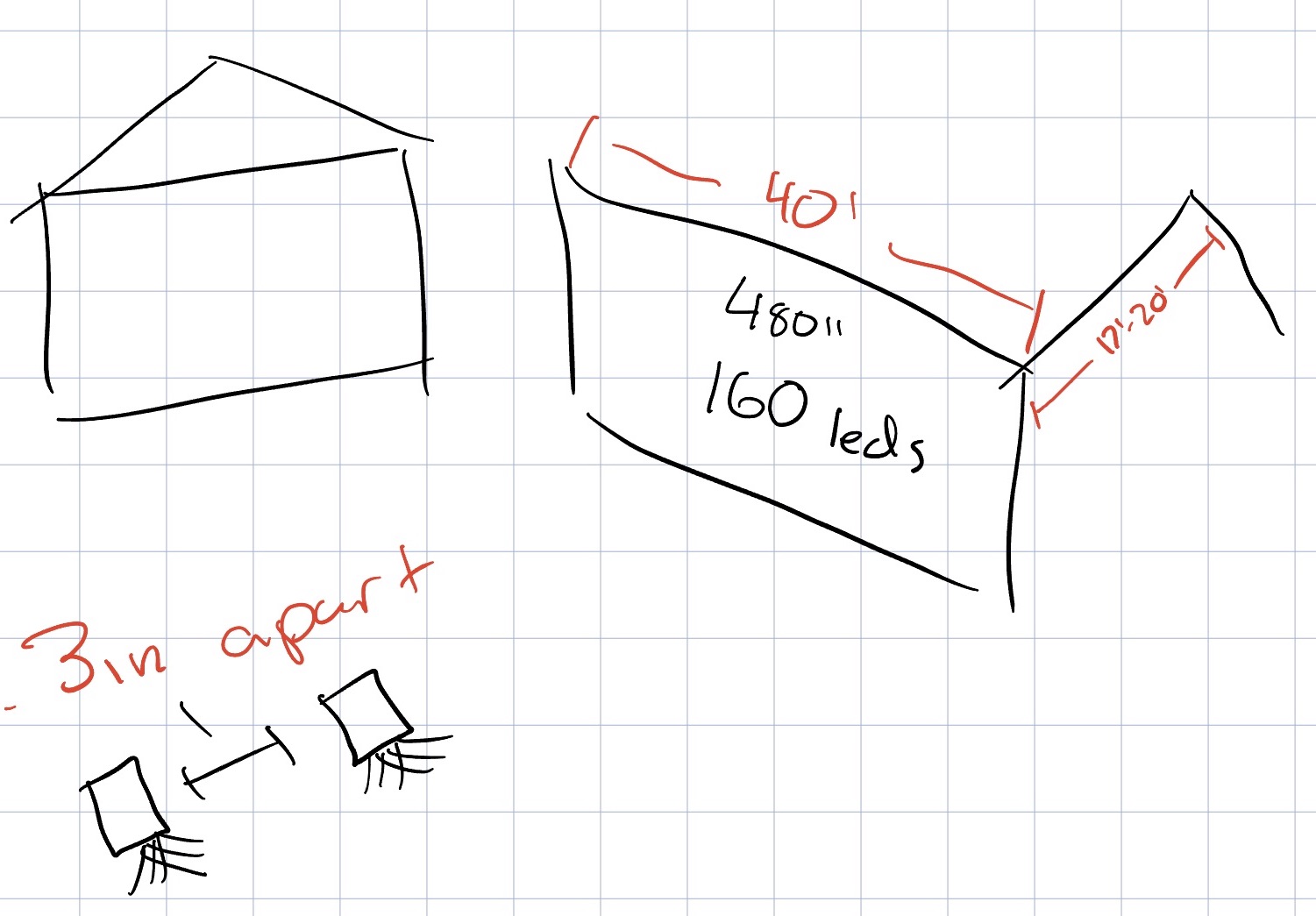 Setting up the microcontroller: 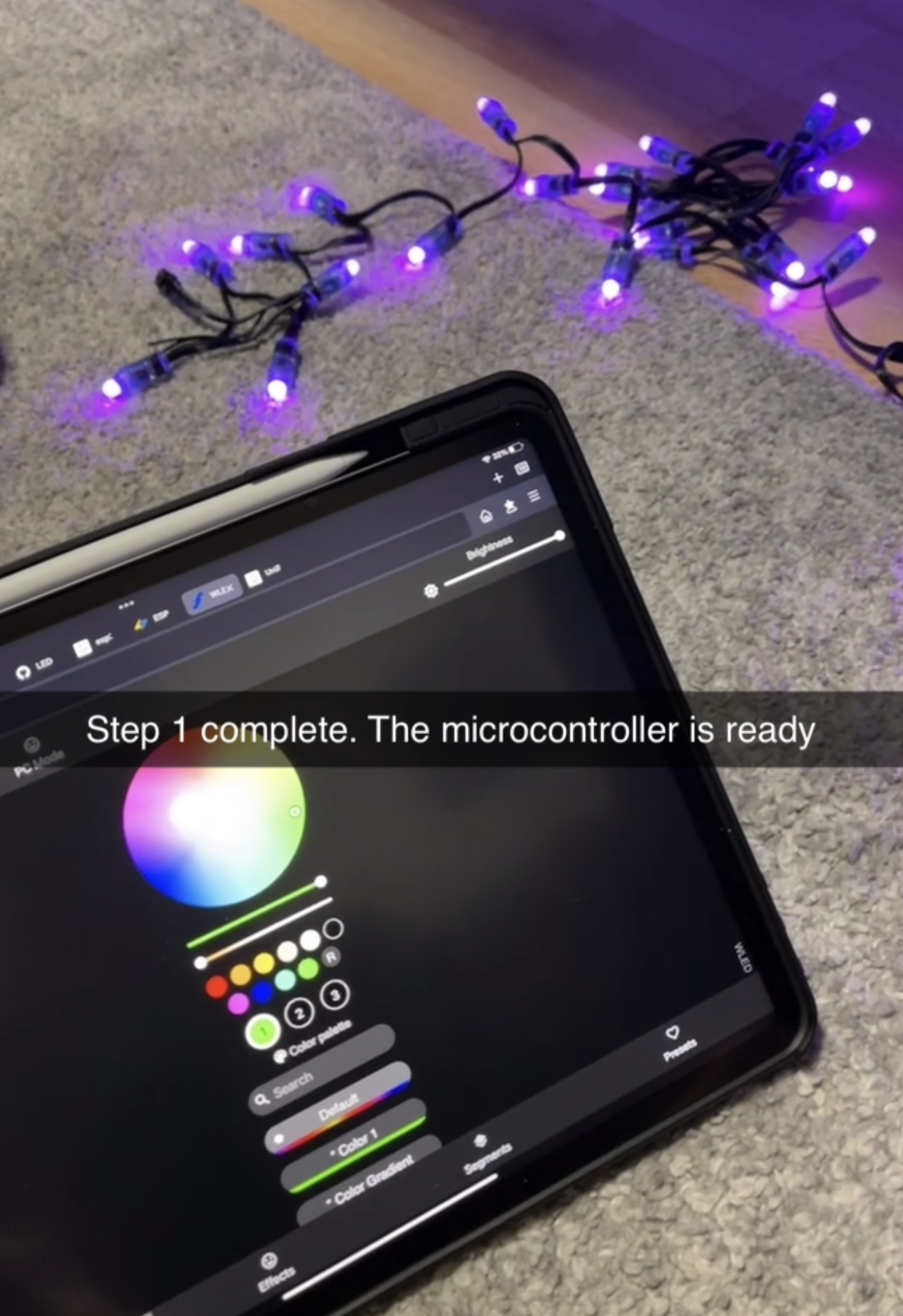 My "workbench" for the day: 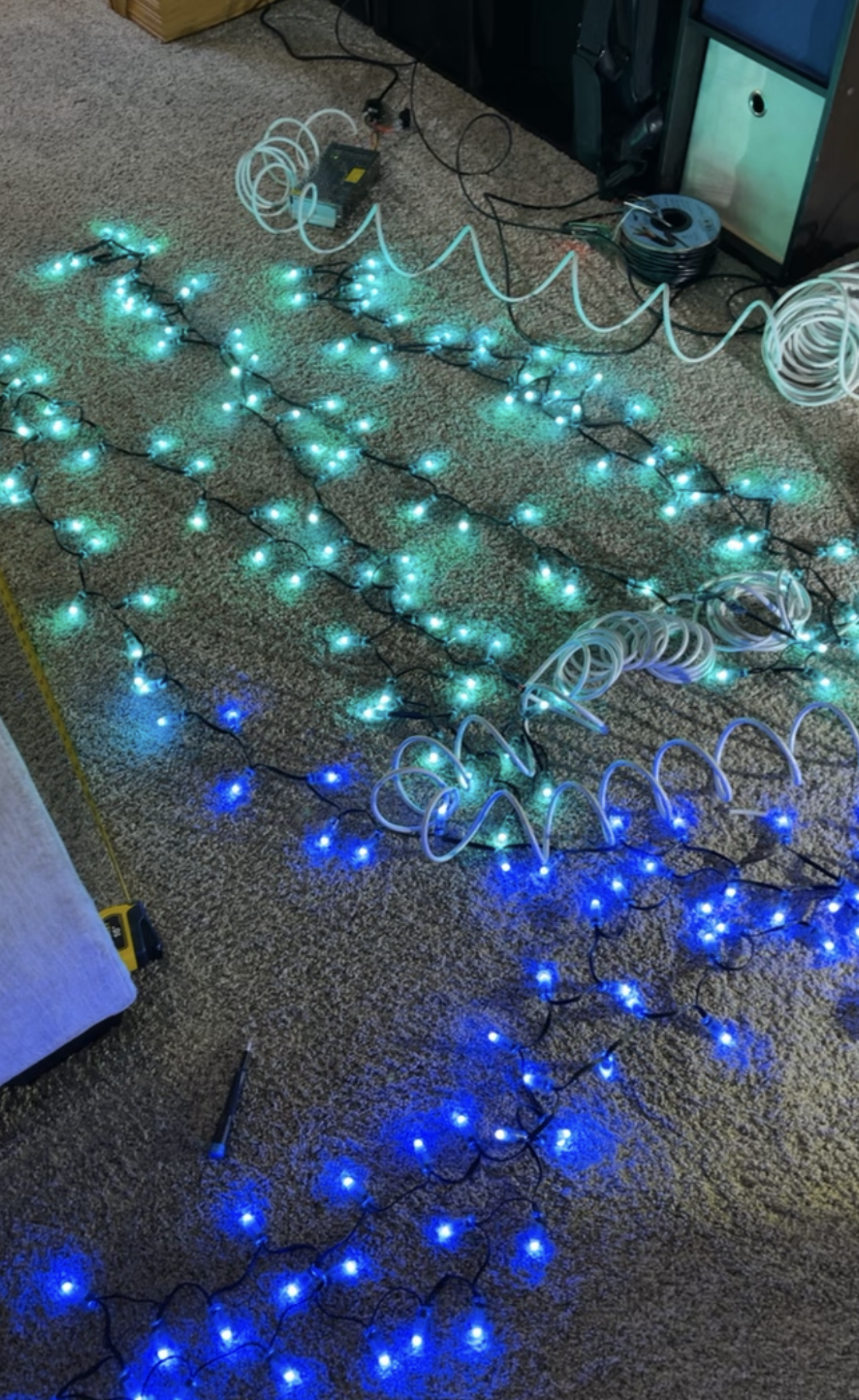 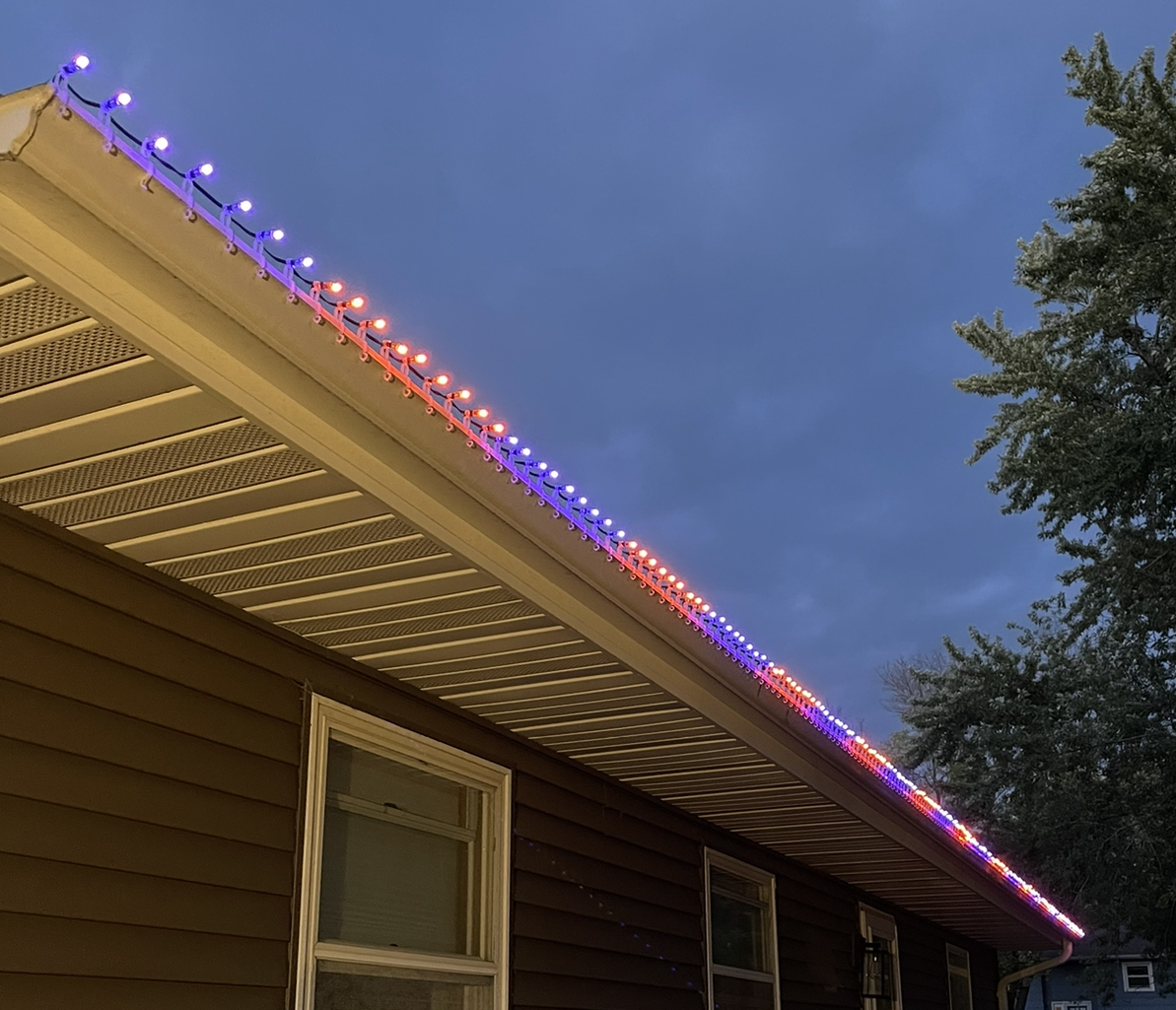